Various authors within the transactional analysis community have postulated that a person’s life script is formed on the basis of received injunctions, that people with mental disorders have more destructive and numerous injunctions and that people with depressive and paranoid pathology have different sets of injunctions, with Don’t belong being more common in paranoid disorders and Don’t be important in depressive disorders. This research was conducted to check such assertions, and used Script Injunctions Scale (Gavrilov-Jerković et al., 2010) applied to a convenience sample of 100 adult subjects identified as non-clinical via interviews and 100 adult subjects, equally divided between paranoid and depressive, identified by psychiatrist classification based on ICD-10 criteria. The results provide partially expected validation, with statistically significant difference between the non-clinical and clinical part of the sample. The clinical group had statistically significantly higher scores on the 12 injunctions studied. Subjects with depressive characteristics had seven Injunctions which were more pronounced Don’t feel, Don’t exist, Don’t be well, Don’t be a child, Don’t, Don’t think, and Don’t be close Injunctions. 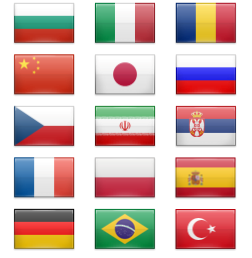